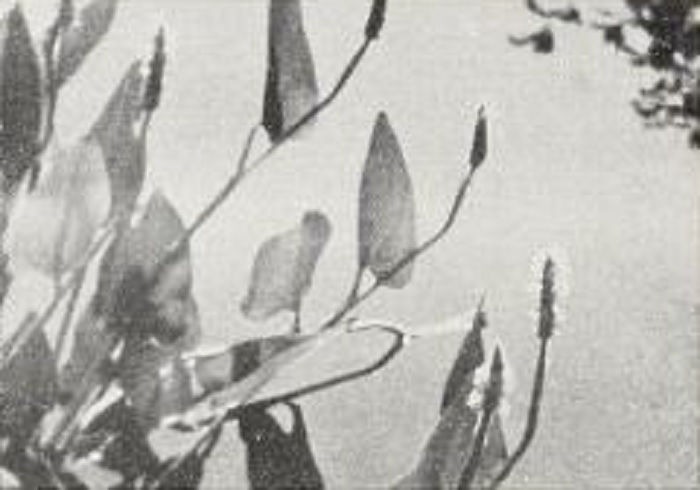 Frame enlargement from Consider The Lilies in Movie Makers, Dec. 1936, 522.

"In Consider The Lilies, Fred C. Ells, producer last year of the beautiful In The Beginning, continues his tender and loving examination of the natural world. When, at the close of this year's competition, his entry of 200 feet of 16mm. Kodachrome was viewed by the judges, it was found to be just that and nothing more. The lead title assembly, which was to be completed before the Ten Best deadline, had not arrived. But, in the half reel of chromatic flower studies which the judges were able to review, Mr. Ells has distilled a delicate beauty and lyric worship of flowers of the field which are breathtaking in their perfection. Seldom has the motion picture transmuted such pure loveliness from field to fireside." Movie Makers, Dec. 1936, 549.

"Every scene of this year's Consider The Lilies came right out of Berlin, N.H., a sleepy New England village." Movie Makers, Dec. 1936, 565.