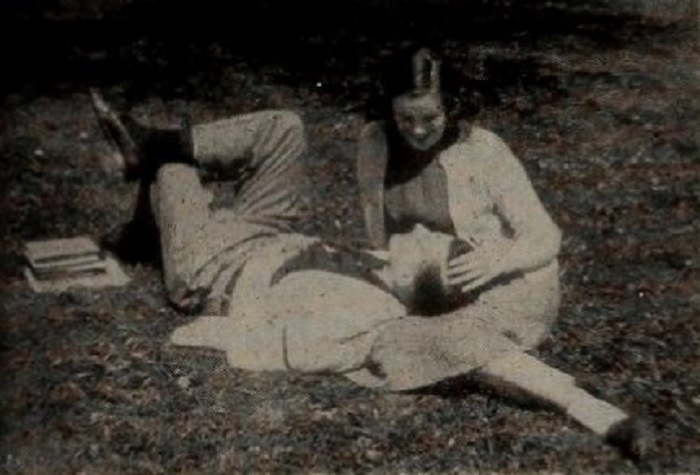 "Concerto, by Warren Doremus, is a sensitive and touching story of young love, following a couple from the joy of their graduation and marriage to the anguish and pain of the man's recall to war service in Korea. The telling of this simple tale has been done with such warmth that the observer cannot help being caught up in the current of emotions which fill the film. The performances of Sallie Dunn and George Harrison as the young couple convey the right mood for each scene with complete sincerity and heart, while Mr. Doremus's direction is forceful and yet restrained. Accompanied by and an interpretation of the Warsaw Concerto of Richard Addinsell, Concerto, the film, may truly be styled a cine tone poem." Movie Makers, Dec. 1953, 332.