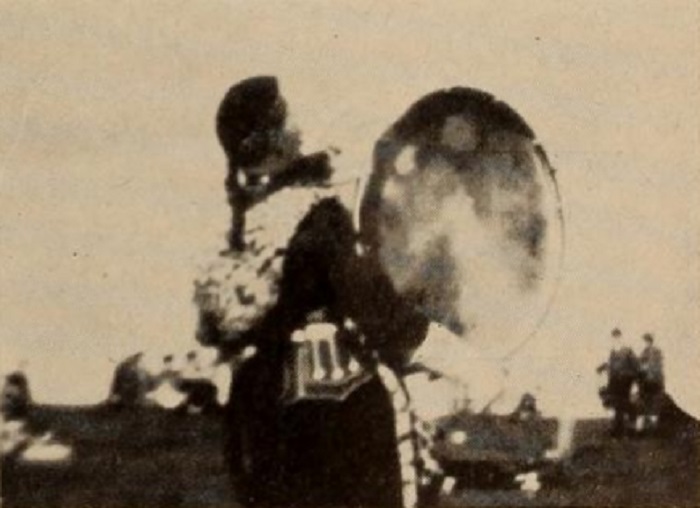 "Esther Cooke showed intelligence and imagination in organizing the material of this travel study of Scotland, so that even the least observant should get from it a truly representative feeling of that doughty land. Well written titles serve as titles should, to infuse in the film pertinent data not shown in the scenes; technically, a less fussy style of title lettering would have been an improvement. Mrs. Cooke's slight camera unsteadiness in scenes of the King and Queen of England at the Scottish festival was understandable, for undoubtedly tripods were barred from that event. There were, however, a few other uneven shots that seemed to us questionable in value. Restrained use of bagpipe recordings highlight a generally effective musical score." Movie Makers, Dec. 1949, 469.