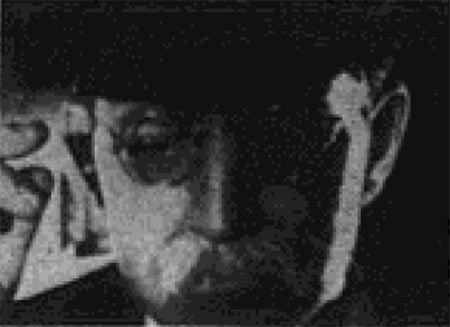 "In Backfire we find an elderly gentleman intent on planting a bomb which, if it goes off as planned, will make his future a bit more easy to take, but from the title of the picture you may assume things don't go quite according to plan. The old fellow does a fine job of acting, and he is capable of holding the viewer's attention" PSA Journal, Aug. 1967, 36.