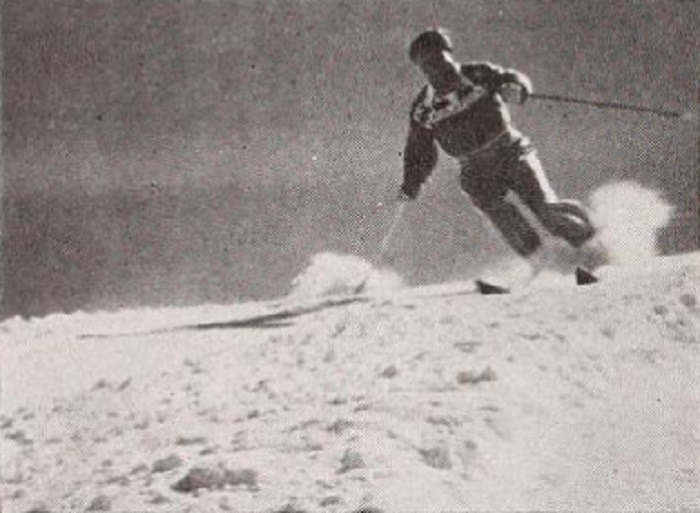 "A Ski Story, by Albert E. Sigal, has been two years in the making — but it has been well worth the effort. Laid against the scenic grandeur of Yosemite National Park, the picture is eloquent testimony both to the thrills and the dynamic beauty of the sport of skiing. Mr. Sigal begins his story slowly with an introductory sequence which sets the mood of the piece. Sequences then follow in leisurely progression of the activities of the ski school, the joys of a hot lunch served alfresco beside the clubhouse, down mountain racing and cross country rambling. Mr. Sigal's consistently good color cinematography benefits to a degree by the clarity of the Western air, a boon so often denied to skiing movie makers on Eastern slopes." Movie Makers, Dec. 1943, 477.

Discussed by Sigal in "Shooting Ski Action" (Movie Makers, Dec. 1944, 487, 502-503). The article describes the planning of a ski film and offers diagrams for capturing down hill action.